“Tribes are the single biggest partner the State of Oklahoma had during my tenure at the Oklahoma Department of Transportation.”

Tribes have contributed an estimated $200 million and support 27,000 miles of transportation infrastructure. 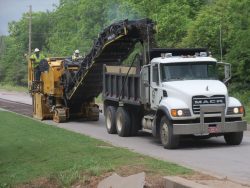 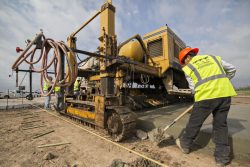 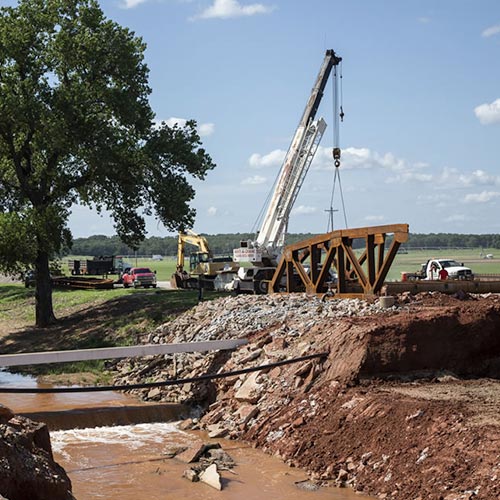 Many tribes proudly partner with the state by contributing tribal dollars to fund road and infrastructure projects, and by bringing in outside federal dollars through the U.S. Department of Transportation’s Tribal Transportation Program (TTP).

The tribes receive federal funding annually for infrastructure within tribal lands, which in Oklahoma, overlap with county, city and state jurisdictions. This means faster completion – in many cases, years faster – of road and bridge projects that state or tribal funding could not accomplish on its own. It also means less expense to the Oklahoma Department of Transportation and Oklahoma taxpayers. The additional funding multiplies throughout the road and infrastructure plan, freeing up ODOT resources to complete other much-needed projects more quickly. This provides safer and increased transportation and public road access benefiting all Oklahoma residents and drives economic development, employment and tourism throughout the state, particularly in Oklahoma’s rural areas.

Oklahoma tribes contributed more than $42.5 million in 2017 in TTP funding for construction and maintenance projects. Nearly 27,000 miles of highways and roads are supported by TTP funds, putting Oklahoma first in the nation for TTP miles of construction.

Tribal funding also reaches far wider than just roads and bridges. Tribal funds are impacting Oklahoma communities – and Indians and non-Indians alike – through car safety programs and free or affordable public transit programs. These programs allow Oklahomans to reach the medical care and social services they need and increases the health and quality of life for all Oklahomans.