$213 million in Medicaid expenditures for tribal citizens at Native American facilities (FY2018), creating a saving of over $88 million for Oklahoma taxpayers

Operates more than 45 facilities throughout Oklahoma 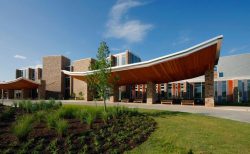 The Chickasaw Nation Medical Center is a 370,000 square-foot facility in Ada, Okla. 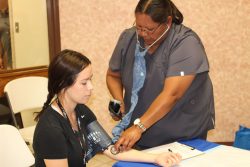 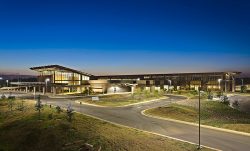 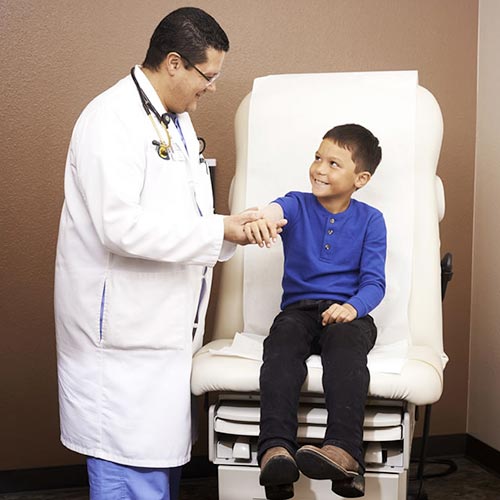 One of the largest and most impactful contributions by 38 federally recognized tribes has been in health care. Oklahoma tribes make millions in payments to Oklahoma health care entities every year when a tribal citizen is referred to private health care providers. In addition, many tribes own and operate hospitals and health centers across the state that serve both Native Americans and non-Native American community members. And, due to Oklahoma’s large population of Native Americans – more than 519,000 Oklahoma residents – Oklahoma benefits from many federally owned Indian Health Services hospitals and health centers operated by the U.S. Department of Health and Human Services. Tribal payments and the network of tribally owned and federal health centers across the state provide life-saving treatment and improved quality of life through millions of patient visits per year. This complementary partnership between tribes, the state of Oklahoma and private health care providers allows state and private resources to stretch further, providing all Oklahomans with much-needed medical, mental health and substance abuse care.

Like the general population of the state, many tribal citizens also participate in the Medicaid insurance program, called SoonerCare in Oklahoma, provided to low-income citizens. Unlike other health care entities, health care provided at a tribally owned facility requires no state matching Medicaid funds. According to the Oklahoma Health Care Authority (OHCA), total Medicaid expenditures for tribal citizens at tribal facilities totaled $213 million in fiscal year 2018. This created a savings of over $88 million for Oklahoma taxpayers, freeing the state legislature to fund other state priorities or to refrain from raising taxes that serve as a drag on statewide economic growth.

Tribal health services – whether through direct care at a tribal or federal facility or referred care through a private provider – include inpatient and outpatient care with benefits such as primary and acute medical care, dental, behavioral health, immunizations, pediatrics, physical therapy, optometry, pharmacy and more.

Tribal health care is particularly impactful and effective in rural Oklahoma communities. For these typically under-served areas, tribal and federal hospitals and health centers provide easy access to care for citizens who need it most. Tribal health care operates more than 45 facilities and employs thousands of health care professionals throughout Oklahoma. Freeing up state and private health care dollars results in increased access and affordability of care that improves the lives of all Oklahomans now and for generations to come.