Oklahoma Tribal Nations are major drivers of Oklahoma’s overall economy, ranking as a Top 10 industry. As sovereign nations, tribes deliver key safety-net services and invest billions in businesses that benefit both tribal members and all Oklahomans.

In 2019, the total economic impact that tribes made in Oklahoma was $15.6 billion. In addition to direct contributions, tribes generate billions in production by companies that support tribes’ business operations.

“This study shows just how important tribes are to Oklahoma’s economy. We are helping create sustainable economies through our many valuable jobs as well as making other substantial and impactful investments into our broader communities. This is our home and we look forward to continued growth – growth that benefits all Oklahomans.” 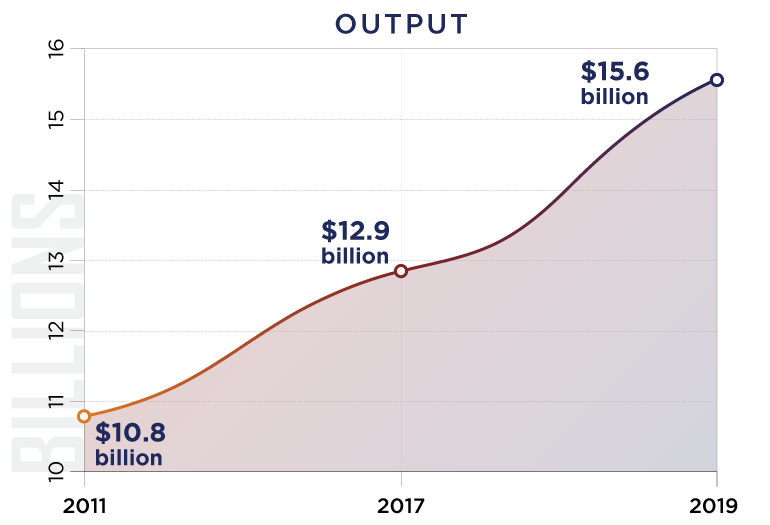